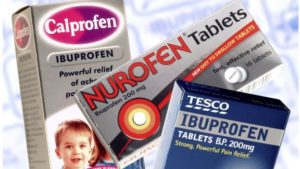 In this article “Ibuprofen the Risk Vs Benefit In Pancreatitis” I’m going to do my best to explain why I believe Ibuprofen is the best first line of defense when the pancreas is inflamed.

I have previously written about my usage of Ibuprofen for pancreatitis but it seems that many are showing undo concern. Thank the Lord I haven’t had to use Ibuprofen for quite sometime.

The ONLY time I use it is when I am in severe pain due to an acute pancreatitis attack. Over the last year I have read many comment expressing concerns over the use of Ibuprofen for the elimination of pancreatic inflammation. So I think it appropriate to cover the Ibuprofen issue.

It’s true that Ibuprofen is NOT safe.

Ibuprofen can definitely cause intestinal bleeding. It can cause heart attack, high blood pressure, kidney and liver failure but what nobody seems to mention is that MOST of the risk comes from those who are OLDER and or already have potential bleeding risk issues (ulcer etc). Those who nay-say against Ibuprofen do not mention that most issues develop in those who take HIGH doses, more than 1200 mg per day for more than 14 days.

NOW, bleeding can result in as few as 3 days after initial dose. Here are some articles:

One has to determine what exactly is more important at the exact time. Risk of complications or the benefit of reducing, even eliminating the inflammation, symptoms and most likely the resulting damage to the pancreas WHICH may or may not heal.

That is WHY I use ibuprofen when necessary. It’s an anti-inflammatory drug. Hence the reason it is classified as an NSAID. Drugs are not safe. ALL drugs (even aspirin) can cause complications, even kill you. That’s why I try to avoid drugs at all costs and use them ONLY when absolutely necessary.

We’ve already established that there is inherent risks when using Ibuprofen, especially in larger than normal doses or even “use as directed” doses for extended periods of time. Like I said ALL NSAIDS (aspirin included) cause intestinal bleeding. NSAIDS, other than aspirin, can cause heart attack, abnormal heart rhythm and high blood pressure. Nobody, including myself, is disputing that fact. But …

While doctors and scientists are trying to discover which chemical pathway does this or that I already know that once the inflammation is totally eliminated the damage stops. Once the inflammation totally eliminated the pancreas can heal. There is even suspicious evidence that indicates the pancreas may even regenerate like the liver in some cases.

But what is the first step?

The inflammation must be eliminated. 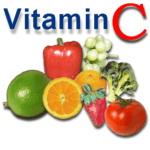 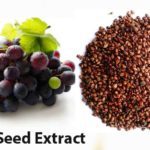 The reason I developed this three supplement cocktail after God led me to them is that ALL three are highly anti-inflammatory, pancreas friendly, non-toxic and the result of usage is the resolution of pancreas inflammation. And none of them cause life threatening complications.

That is the goal.

The elimination of pancreatic inflammation without complications. Again, once that goal is achieved the pancreas can heal, possibly regenerate.

For those who do NOT have gallbladder issues or SOD curcumin in larger doses can reduce inflammation as well as any NSAID yet in high doses curcumin can also cause nausea and vomiting. Curcumin is usually well tolerated in most people at doses less than 2500 mgs per day.

It was a small study done on rats (yes I know we are not rats, well some humans are rats) but years ago the Lord led me to grapefruit juice (long story) and shortly after my acute pancreatitis attacks STOPPED. Then I found the study done on rats and that made me go HMMMMMMMMM!

In conclusion of this article: Ibuprofen the Risk Vs Benefit In Pancreatitis, the benefit of using Ibuprofen is very clear to me. It quickly eliminates the inflammation seen in both acute and chronic pancreatitis. I do NOT recommend using it long-term. That is what the supplement cocktail is for.

[bctt tweet=”Ibuprofen the Risk Vs Benefit In Pancreatitis. Why Ibuprofen is the resolution of inflammation.” username=”The_Health_Guy”]

32 thoughts on “Ibuprofen the Risk Vs Benefit In Pancreatitis”