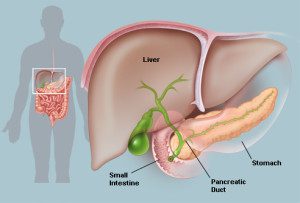 I’ve thought a lot about pancreatic regeneration. In fact I’ve tried to research it as my time allows. Most people know that the human liver will regenerate itself and that a small amount, maybe 25% of a normal, healthy liver can be transplanted into a human and that liver will regrow to normal size.  What if the human pancreas will also undergo pancreatic regeneration? I brought up this subject in a previous post on my other pancreatitis blog. In fact, this is pretty much the same posts that were written 3 years ago except it is all one post instead of I believe two or 3. The more research I do the more I begin to believe that the human pancreas can regenerate its own tissue. As you read this post you’ll find others believe the same. 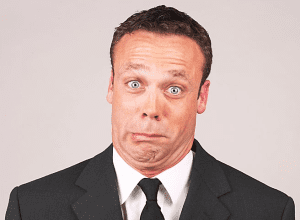 If you go back over older posts and re-read my story you will note where Dr. Langdon did a “Dr. House” maneuver to enable him to confirm his suspicion of pancreatitis. He used two drugs (injected) that caused me to have an acute pancreatitis attack in his office.

He drew blood every 30 minutes until my enzymes spiked and then he drew blood I think twice more and asked me how many times this had happened and after I told him many times he said I should be dead. That was as blunt as he ever became in regards to death. Ok …

So, I have wondered over the years WHY my last CT scan was clean. My current doctor didn’t believe I had experienced either acute or chronic pancreatitis. In order to get my current doctor to prescribe my nausea drugs I had to prove what I said because my CT scan showed no damage. I had to call Dr. Langdon’s old firm and luckily they had my records in storage and were able to pull them and send them to my current doctor. Now … 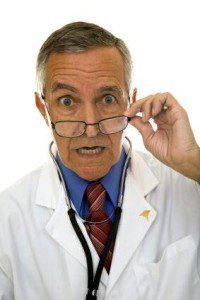 My current doctor was amazed.

Of course he said that it was OLD material but I asked him if he thought there is a cure for Pancreatitis?

And of course he said no.

And so I asked him “since there is no cure and the guy who diagnosed me is one of those rare, brilliant men who writes papers for NEJM to share with other docs so they can learn and now teaches at the largest med school in Texas don’t you think there is a very real possibility he was quite correct in his diagnosis?”

Of course my doc said yes and gave me my nausea drugs.

If you remember Dr. Langdon did a CT scan and endoscopy (after the in-office pancreatitis attack) and then told me I might have 10 years until I couldn’t eat anything and would need a pancreas transplant and that they usually didn’t go well. He never came right out and said I’d be dead in 10 years. He also never came out and said I had pancreas damage either. But my abdomen was VERY tender and he must have come to his prognosis of transplant etc from something don’t you think? Anyway …

After he left for Texas something happened. I had been having recurrent attacks quite frequently. After a bad one I noticed this LUMP about center mass where it was most tender. I had NO doc, he was in Texas and you know about my personal experience with most doctors so I just never had it checked out. So I do NOT know what that lump was. But …

It was NOT a pretty picture. I was NOT well, it was hell. But … 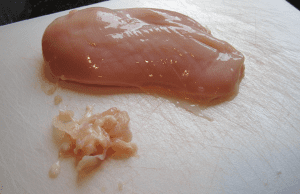 The more fat I cut from my diet the more well I became. Then I started drinking grapefruit juice (’81 or ’82) and my attacks stopped. That made life a lot more pleasant. Heck I even began to think I might live. Now let’s flash forward to 1994. That’s when I found grape seed extract.

With diet and grapeseed extract I began feeling like my world had changed for the better. In 1995 I found curcumin. I had enough research behind me to where I started doing Vit C, grape seed and curcumin. I started feeling even better. 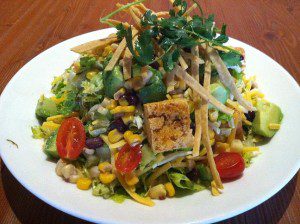 Then, cuz I wasn’t quite pain free I decided to go completely vegan.

What an amazing difference!

In a short time I actually felt good! Now …

I can not tell you what a short time was because I didn’t write it down but I’m thinkin’ about 6 months into the vegan thing coupled with all 3 supplements.

I noticed the lump was gone and stayed gone.

My abdomen began to feel normal, not tender all the time.

In about a year I felt almost great! So …

What IF that lump was a cyst or swollen damaged tissue? What IF, after years of MY rigid regimen of diet and supplements, my pancreas actually healed itself? I am not saying that IS what happened, I am just saying “What IF?” And …

That is WHY my last pancreas CT scan was clean?

Pancreatic Regeneration: What Does Science Say? 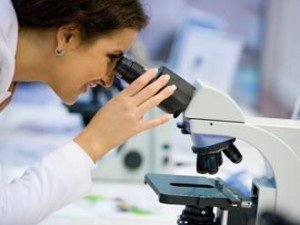 Ok, if you have not been to my Squidoo page and already read the 10 pieces of research I have there you should go and read. You can see them here. It is pretty cool stuff and makes one think.

I am always looking for new scientific evidence to prove that my thoughts may be at least somewhat correct and one of my blog readers left a comment with a link to an article that I feel you must read. It is mainly about alcohol, it’s role in alcoholic pancreatitis and the close relationship between the pancreas and the liver in regards to alcohol and it’s role in creating an atmosphere conducive to pancreatic disease (pancreatitis) and liver disease. It is a fairly complicated, in-depth article however; if you still drink alcohol this article may help you to understand why you need to quit drinking alcohol and of course more importantly why it is necessary in order to create an atmosphere conducive to pancreatic tissue regeneration after damage due to pancreatitis.

This is an exceptional article (in pdf format so you can save it to your computer) that may instill hope for those who wish to someday feel good again. Read it here.

I wish to thank my reader for sending me the link to this information because I had not found it myself and I learned something that I thought may be possible is in all actuality quite probable. Enjoy the read it is great information about alcoholic pancreatitis with a section on pancreatic regeneration but may seem like eating cardboard to some. It is VERY scientifically intense. Alcoholic pancreatitis: Lessons from the liver 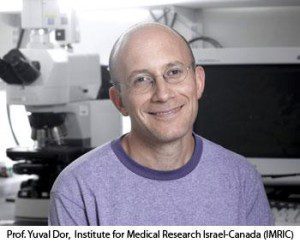 Yuval Dor, Ph.D., a professor at the Institute for Medical Research Israel- Canada, the Hebrew University of Jerusalem, led the study which shows for the first time that a high rate of glucose metabolism, a process that converts glucose into energy that cells can use, triggers beta cells to regenerate. Coupled with a mechanism that prevents the immune system from attacking beta cells in the first place, the long-awaited finding may help pave the way to a full cure for type 1 diabetes. The study, which took five years to complete, was published in the April 6 issue of Cell Metabolism.

“Our work shows that as glucose is metabolized, it tells the beta cells to regenerate,” says Dor, who is also a 2010 recipient of the JDRF Gerold and Kayla Grodsky Basic Research Scientist Award. “It’s not blood glucose per se that is the signal, but the glucose-sensing capacity of the beta cell that’s key for regeneration.” Read the whole article.

Of course they are working with stem cells to learn whether or not stem cells can help regenerate pancreatic B cells, reverse autoimmune disease and more. If some of this is achievable it may be a big boon for type 1 and insulin dependant type 2 diabetics.

“Our young diabetic patients must check their blood glucose levels and be injected with insulin at least 4 times a day. Concurrently, they live with the constant threat of incidents secondary to unpredictable acute hypoglycemic episodes and the ever-present worry of chronic complications. Although human ES cell research carries with it enormous scientific potential in the treatment and possible cure of many diseases, in the near future, the advances in the realm of immunoregulation may precede those in the stem cell arena. To me, finding safe ways to block autoimmunity seems to be the first goal we should achieve in order to give our patients a reliable solution to their heavy, lifelong burden, since it is a prerequisite for both the efficient use of an ES cell–based therapy and the reestablishment of euglycemia capitalizing on the pancreatic regenerative pathway.” Read the whole article here.

I think it’s possible. I’ve thought so for several years. Another reader left a link to an intriguing article abstract which shares a very compelling case study. “It does for example seem very likely that the pancreas has the ability to regenerate according to this report”  – Jake. You can read Jake’s original comment on this post: Plant Based Diet Heals The Pancreas

If one pancreas can undergo pancreatic regeneration after resection as the above article suggests then yours may do the same under the proper circumstances. When proper diet and highly effective, anti-inflammatory supplements are used correctly it is my opinion that pancreatic regeneration is possible. Just another comment from another reader that made me sit up and take notice: “Yesterday I got the results from a recent CT scan, (which is a more precise form of diagnosis than ultrasound) and to my suprise they found “no evidence of disease in pancreas”. This means that the scarring in my pancreas has healed in less than a year and I stand a much better chance of escaping this horrible disease, and the future looks bright!” You can read the original comment on my other blog right here in the comment section.

14 thoughts on “Pancreatic Regeneration: What IF The Human Pancreas Can Regenerate?”