NSAIDS linked to irregular heart rhythm? Common pain killers, used to reduce inflammation have been associated with an irregular heart rhythm called atrial fibrillation (AF or A-Fib) or flutter according to a study published in the peer-reviewed medical journal the BMJ Open. This is an open-access journal, the study is free to read online.

In a previous post I share the fact that Ibuprofen resolves acute pancreatitis within 60 – 90 minutes with an 800 mg dose. It even works better with the addition of grape seed extract, curcum and vitamin C. If you note I personally use Ibuprofen for acute pancreatitis. I rarely used it otherwise, RARELY.

Ibuprofen (Advil, Motrin, Ibuprofen) and other NSAIDs such as naproxen (used in Aleve) may increase the risk of heart attack, stroke and high blood pressure. According to the above study Ibuprofen also carries the risk of atrial fibrillation – a condition which is associated with long-term risk of stroke, heart failure and death.

For those of us who have chronic pancreatitis and sometime suffer from acute pancreatitis this gives us one more thing to worry about when determining the risk versus benefit of using an NSAID to stop an acute attack and reduce the inflammation associated with AP and CP.

In the following video you’ll be taught what atrial fibrillation is, why you don’t want it and you’ll also learn about NSAIDs and why they may cause A-Fib. The video is intended as a teaching aid for nurses but it is quite interesting and fairly easy to understand.

The chances of heart attack or stroke from one or two high doses, to resolve the inflammation of acute pancreatitis and hopefully eliminate further damage, is somewhat remote. BUT that chance does exist and so does the possibility of atrial fibrillation however … 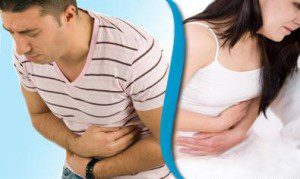 The chance of pancreas damage if the inflammation is allowed to continue is almost 100%.

Fact 1 – If my pancreas suffers damage I suffer for weeks, months, maybe years while trying to heal the damage.

Fact 2 – If the damage is bad enough I could be visiting another realm of the universe (dead) or be in so much misery that death would be a blessing. Many who have suffered severe acute pancreatitis with complications can attest to fact number two (some are playing a harp as you read this).

Please understand you have to make your own choices. I try to provide you with information. Information about what has worked for me. I try to give you the pros and the cons as best as I am able. Hopefully the information proves to be beneficial. 🙂