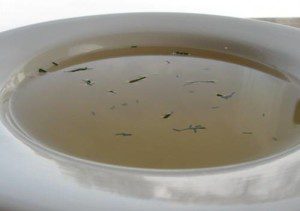 I’m going to give you another of my secret weapons. A food for pancreatitis that I still use to this day, my special pancreatitis vegetable broth. This broth can be used anytime. It is especially good for those just coming out of an acute pancreatitis attack or if you are still suffering pain and nausea from chronic pancreatitis.

What do you do if you don’t have a juicer?

You either buy a juicer so you can juice organic vegetables or you buy low sodium V8 juice. Unfortunately the V8 juice has been processed so much there is very little nutrient value. V8 juice is rich in potassium but lacks in everything else. 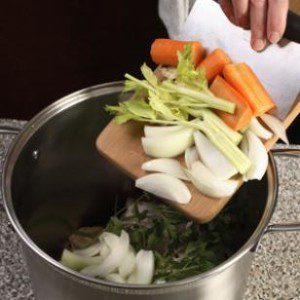 This is not a fancy recipe and I’m not a chef so don’t expect a miraculous, mouth-watering delicacy. It’s just a vegetable broth that your inflamed pancreas should easily tolerate and will be far superior in nutrients than V8 juice. Be sure to use ORGANIC vegetables for your pancreatitis vegetable broth.

Throw all the other ingredients into the pot and add enough water to cover the vegetables. If you want a bigger pot of broth just use more vegetables. Turn heat up and watch for the water to steam. NOT BOIL just steam.

Check the temp with a gauge. You want it at 180/190. Just under boiling. Cover the pot and simmer at that temp for about 10 minutes to kill any bugs (E coli, norovirus, salmonella). Then turn the heat off and let the vegetable broth steep for another 5 – 10 minutes.  This leaches the vitamins and minerals from the potato and carrot skins and the other veggies. 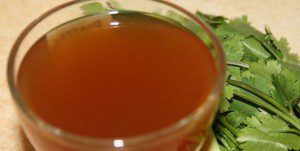 You can also use it to make vegetable soups etc. Just remember the more you cook stuff the less nutrient value it retains because heat kills live enzymes, vitamins, antioxidants, phytonutrients and a lot of minerals.