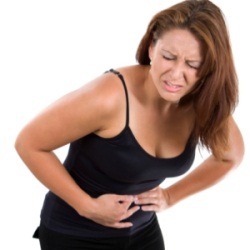 The leading cause of acute pancreatitis is a gallstone (or stones) that creates an obstruction in the common bile and/or pancreatic ducts. Thus the name gallstone pancreatitis.

Obstruction occurs when gallstones or gallbladder sludge are expelled from the gallbladder and travel down the common bile duct and get stuck in the Ampulla of Vater creating a blockage in the outflow of pancreatic juices from the pancreas into the duodenum.

The back flow of these digestive juices causes lysis (dissolving) of pancreatic cells and subsequent pancreatitis.

The victim goes from unpleasant pain, nausea and possible vomiting due to gallbladder disease to a potentially life threatening situation called acute pancreatitis.

This is why, if you are diagnosed with gallstones, it is a good idea to get rid of them but before we get into how to remove gallstones let’s learn about gallstones, what they are and how they form. 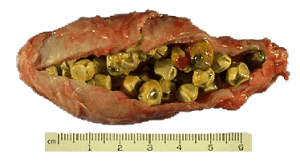 Gallstones are hard stone-like particles that range in size from a grain of sand to golf balls! And they come in two types.

Pigment stones are the other type and are dark and made of bilirubin. 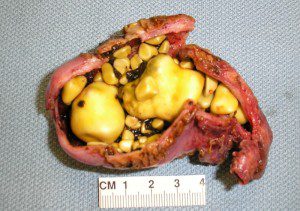 Why do they form?

If your bile substances are out of whack  you could soon have a gallstone or two hanging out in your gall bladder.

Scientists do not fully understand why these imbalances occur but gallstones may form if bile contains too much cholesterol, too much bilirubin, or not enough bile salts. Gallstones may also form if the gallbladder does not empty completely or often enough. If you are white, female, over weight and over 40 your chances of having gallstones increases dramatically. 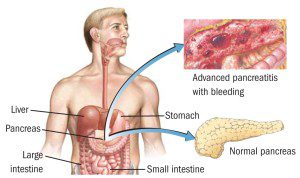 The symptoms of gallstones can vary depending upon circumstances. Many people who have gallstones present with no symptoms. The gallstones are often found in these people with asymptomatic gallstones while they are having abdominal scans such as CT scans or ultrasound for other reasons. For example:

An aging man, who has been a smoker for years, has a yearly check up and his doctor orders an ultrasound to check for abdominal aortic aneurysm and a CT to look for early lung cancer. He’s fine except for the gallstones that are discovered hiding in his gallbladder.

People who present with symptoms often have:

Symptoms arise when a gallstone blocks the flow of bile out of the gallbladder or through the bile ducts. A gallstone in the common bile duct is called choledocholithiasis and may cause intermittent or constant discomfort.

The pain of choledocholithiasis is usually localized in the upper abdomen, and can radiate (be felt in another location) in the right shoulder, may last from 30 minutes to hours, and be associated with sweating, nausea, vomiting, and jaundice (yellowing of skin and or eyes). 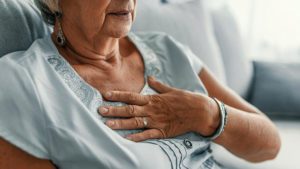 Gallstone attacks can produce chest pain that may feel like a heart attack. If a pain is new and different than other pains the symptoms should be discussed with a physician. Actually, if you have chest pain you should seek immediate medical attention in case it is a heart attack.

An inflamed gallbladder (cholecystitis), infected material trapped within the common bile duct (cholangitis), or a stone blocking outflow of pancreatic juice (gallstone pancreatitis) can result in fever, chills, severe abdominal pain or jaundice. Individuals with these complaints should have an urgent evaluation by a physician because an inflamed gallbladder can burst causing massive infection.

Symptoms of gallstones and gallbladder disease, especially if infection is present (cholecystitis), can closely resemble gallstone pancreatitis. Cholecystitis can become life threatening due to complications. 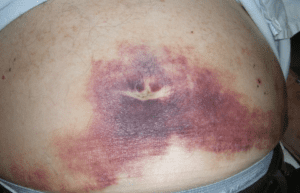 Like pancreatitis, cholecystitis isn’t something to take lightly. There are subtle differences in symptoms between the two. For example moderate to severe right upper quadrant pain that can be felt in the right shoulder versus gallstone pancreatitis which usually presents with a quick onset of severe, constant abdominal pain located dead center under the rib cage or in the left upper quadrant when the tail of the pancreas is involved.

Acute pancreatitis can also present with upper right quadrant pain when the head of the pancreas is involved and becomes damaged.

The pain often penetrates to the middle of the back, gets worse with laying down and can last for days. In severe acute cases the pain can last for weeks even months.

Read what patients say about pancreatitis symptoms and experience.

45% Of Severe Acute Pancreatitis Is Caused By Gallstones

For those interested in learning about severe acute pancreatitis this video explains SAP.

There are only a few of ways to remove gallstones. One way is surgically (open, laparoscopic, endoscopic). The other ways are what might be termed as gallstone natural remedies. I know the invasive forms (surgical) seem to work. The efficacy of natural remedies for removing gallstones seems to be a crap shoot. But in order to give you the most relevant and current gallstone pancreatitis information I believe it is important you have all possible remedy information.

Endoscopic therapy has emerged as an alternative to surgery for the subset of patients with acute recurrent pancreatitis whose disease is due to gallstones or other mechanical processes that obstruct the outflow of the pancreas. Endoscopic procedures can cause anxiety, carry a risk of bleeding, perforation, and pancreatitis. The risks, benefits, and other treatment options need to be considered. 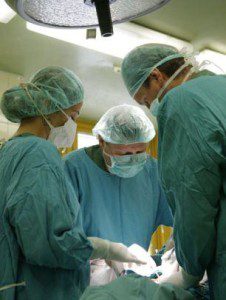 One way is to surgically remove the gallbladder. All surgeries (open, laparoscopic) carry risk and of course unpleasant side effects, from the surgery itself or the anesthesia. The mortality rate for cholecystectomy is usually low (2% or less) but can be as high as 19%  in ill elderly patients.

My own father died on the table during a cholecystectomy (gallbladder surgery). Granted there were some complications which increase the risk of death from cholecystectomy. He had Hodgkin’s Lymphoma and his system was already compromised due to previous treatments (surgeries, chemotherapy, radiation etc).  They resuscitated my father but he suffered brain damage that he never quite recovered from before he died about one year later. 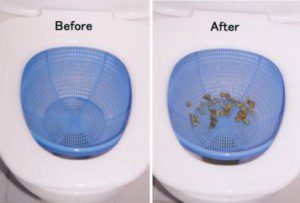 Another way, supposedly, to rid the gallbladder of stones is via a flush. I personally know little about liver, kidney or gallbladder flushes except that they sound unpleasant at best and potentially dangerous at worst, especially for someone already diagnosed with Pancreatitis.

Promoters of flushes say that flushing gallstones isn’t like passing them normally and supposedly doesn’t carry the risk of obstructing the common bile duct thereby causing gall stone pancreatitis but I personally don’t have their confidence.

I have read where chemists have indicated that the passing of gallstones, using a flush, may not be actual stones but instead are small lumps of what is basically soap? From what I understand the combination of oil, lemon juice and epsom salts produces a soap like formation that may look like someone is passing a soft stone but is actually passing a lump of soap. Just so you don’t think I’m a complete idiot here is what The Lancet has to say on the subject.

If anyone reading this blog has concrete evidence, such as actually smashing the so-called stone with a fork (for example) to in fact determine its consistency and can actually testify as to the efficacy and safety of doing a gallbladder flush I’d like to hear it in the comment section.

Supposedly chanca piedra or chancapiedra is another wonder of the Amazon and remedies conditions from tumors to the common hangnail. It supposedly breaks up gallstones and kidney stones and is known as “stonebreaker.” However I can find NOTHING scientific that remotely suggests that chanca piedra works on gallstones or kidney stones or much of anything. Some actual scientific evidence would be helpful.

Since I have no reason to actually do a flush or try chanca piedra it could prove valuable, to those with gallstones, to hear from those who have successfully used either remedy.

Here are some Gallbladder Flush Reviews (aka liver flush)

Here are some Chanca Piedra Reviews From Verified Purchasers