I HAVE NO CLUE WHETHER WHAT I AM ABOUT TO SAY WILL WORK OR IS EVEN SAFE! I have no science to back my thoughts. They are pure speculation. In fact I’d be more prone to call it a crap shoot. Before we get into the possible fix for pancreatic calcification here is a video about the calcification of the pancreas. And one more thought …

So what can be done to get rid of calcification (stones etc) within the pancreas due to chronic pancreatitis? Again, this is just a thought I had and may be totally erroneous! BUT …

SOME Doctors Use EDTA To Remove Calcified Arterial Plaque 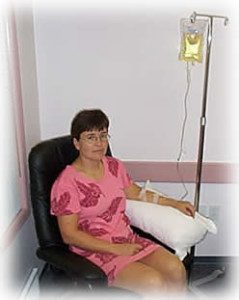 For years some doctors have known that EDTA chelates arterial plaque and improves blood flow. It is standard protocol for heavy metal poisoning (lead etc). In the late 1940’s doctors chelated ship painters for lead poisoning. Some of those ship painters had clogged arteries with typical signs of heart disease (chest pain, etc). When chelated with edta many of those ship painters with clogged arteries began to feel better. EDTA was quickly swept under the rug and kept from the public. A cure for heart disease would have cost them BILLIONS!

Some doctors started using a protocol of IV chelation to remove artery plaque from their patients who had heart disease. Of course this was met with hard-nosed disapproval from mainstream medicine. Those chelation doctors were ostracized, persecuted, sometimes prosecuted and had their licenses revoked. The cash cow, heart disease, was threatened! 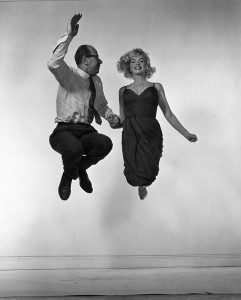 I have personally talked with people who have used chelation for removing artery plaque. I know one doctor who does it. His patients swear by it. I have heard some great stories. And those patients were either GREAT liars and story tellers or were very grateful because they were almost apostolical, evangelical! Anyway …

One of the components of arterial plaque is calcium. In fact doctors use a special CT scan to diagnose how much arterial blockage someone may have and it is also known as a coronary calcium scan. If calcium plays such a role in heart disease and some doctors use IV chelation to remove calcified arterial plaque my next question was “I wonder if edta chelation would pull out the calcium from the pancreas?”

This is the first study that actually shows what patients and chelations doctors have know for some 50 years. EDTA removes plaque and offers benefit. Most every other study done has been financed by drug companies and of course came back with ZERO positive results. Anyway, my thoughts are that chelation with EDTA MAY help dissolve or remove the calcification found in some pancreatitis patients. No guarantees, no scientific research just a passing thought.

IF it were me what I would do is to check around for an ACAM trained chelation physician and ask him/her what he thought in regards to chelation being any benefit for removing the calcium found in pancreatic calcification. One never know if something may help unless one checks the theory out and if it shows merit, tries it.

EWSL is usually used to break up kidney stones but seems to be a potential possibility for the removal of pancreatic stones/calcification as well in some cases. Watch the following two videos to learn more.

In closing this short article just remember every pancreatic procedure carries risk and many procedures can make your life almost intolerable (pain and suffering) or even cause death. Surgical procedures of ANY kind upon my pancreas would be a last resort, ditch effort in my opinion and life because most people I have heard from who have had surgical procedures suffer far more than those who do not. I KNOW I am gonna get flack from some who have had procedures and have been helped enormously. I have also heard some of those stories as well most of whom have had a pancreatic pseudocyst drained. My idea, which is actually stolen from those M.D.’s/D.O.’s who treat their heart patients with EDTA chelation therapy, is non- invasive except for a needle and since EDTA has been proven to pull the calcium deposits from the vascular regions it should do the same almost everywhere in the body where blood flows. Food for thought don’t you agree?

18 thoughts on “Pancreatic Calcification – Is There A Fix?”