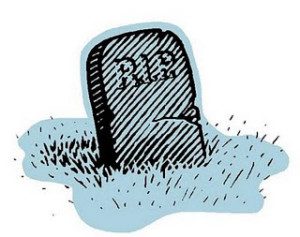 If you have been diagnosed with pancreatitis, whether it was caused by alcohol, gallstones, hereditary, a virus, venom or some alien abduction theory and you aren’t dead yet from complications (death rate can be UPTO 50% in SAP with necrosis and organ failure) and you are reading this right now you need to listen up and listen good to what I have to tell you.

You NEED to quit drinking.

If you want to die a horrific painful death just keep downing that booze and you’ll soon have death knocking at your door due to alcoholic pancreatitis.

Pancreatitis KILLS people with mortality as high as 30% for those with infected necrosis complicated by organ failure. It seems that people with alcoholic, hereditary and gallstone pancreatitis are more prone to pancreas calcification which means if you keep drinking and you don’t die from an episode of severe acute pancreatitis with complications, that eventually, your pancreas will turn to bone. Your dog, if you have one, may begin looking at you like you’re a Scooby snack! Anyway …

I have known some alcoholics.

I know that alcoholic pancreatitis is tough to beat due to your alcohol addiction but if you don’t stop drinking you are a total idiot and absolute proof that your parents should have used birth control. I can say that because I know what is like to be addicted to some drug and alcohol is a drug.

When I was in the Corps I drank. And when I drank I drank a lot but I didn’t NEED to drink. I am one of the few who are NOT an alcoholic yet could drink most people under the table and myself not even show signs of being intoxicated.

When I was diagnosed with pancreatitis and my doctor told me to quit drinking it wasn’t a big deal for me simply because I actually didn’t drink much then anyway. I had been out of the Corps for about 4 years and maybe had a few beers while shooting pool or a glass of wine with dinner. However …

When I became involved in the vacation timeshare industry I was around some real party animals. I started doing cocaine and soon found myself with a 2 gram per day habit.

I was high all the time and I was making the money in order to afford to be high. I was damn good at closing sales and so I never stooped low enough to sell the crap. I couldn’t drink so heck, I did drugs and drank a ton of grapefruit juice. In fact …

Theresa, the bartender at one of the resorts I worked at for awhile, would have a glass of grapefruit juice waiting on the bar for me as soon as she saw me coming in the door. 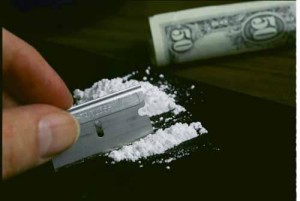 One day I overdosed.

It was around 1500 hours (3PM in the afternoon) and I was smoking weed and doing lines on the bar of this little local tavern when I suddenly felt very ill and immediately asked God to let me make it to my car so I didn’t die in a bar. I mean seriously how would that look on my tombstone?

I made it to my shiny new 1983 Trans Am, opened the door, sat down inside, closed the door and the lights went out. I came to, in the parking lot of the bar, at dawn, around 0400 hours (4 AM) the next morning. I was probably very lucky I wasn’t dead.

That put the fear of death in me for awhile but soon, like an idiot I was doing lines again. It wasn’t until I OD’ed for the second time in 1987 that it really hit home. I survived that one too and this time I was smart enough (yeah I’m a slow learner) to say, that’s enough. I wasn’t gonna see if God would save me three times. 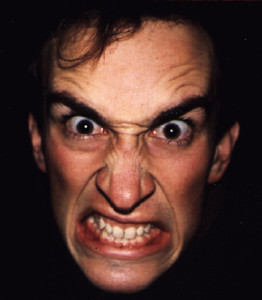 Don’t let anyone tell you that white powder isn’t physically addictive because I was sick as a dog for two weeks. And once an addict it takes a LONG time to get over the NEED.

In 1990, I think it was 1990, one of the major TV networks had a special 6 night series on cocaine addiction right after the nightly news.

The first episode opened with someone over dosing. It showed him being wheeled into the ER and on the screen it showed pictures of his heart beating way to fast and it exploded right there in front of me.

The guy died on the table.

Immediately they showed this big pile of white snow, a mound of cocaine and I WANTED some! I had been cocaine free for two years, just watched a guys heart explode from an overdose and I wanted some nose candy!

Well, it’s been 23 years now. 23 years of zero recreational drugs and I must admit I am no longer bothered with any thoughts of doing coke. But the first 5 years were tough.

Drinking Alcohol When You Have Pancreatitis

Here’s a young woman who now has pancreatitis due to alcohol consumption explaining her story.

If I can quit a $180 per day habit (1980’s cost) you can quit drinking. It just takes backbone. With maybe a little fear of death thrown in. If you need help quitting do this …

Close your eyes and visualize the severe pain of an acute pancreatitis attack.

Are you doing that? 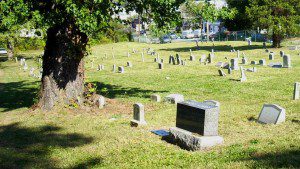 You feel your pancreas being consumed by its own digestive juices, the pain is intolerable, you begin to bleed internally, you vomit blood, your pancreatic juices begin to flow through your veins, attacking your liver, kidneys, heart and lungs and your organs begin to fail. Meperidine (demerol), morphine, dilaudid, or some other opiate doesn’t handle the pain. It’s intense

The doctors and nurses are working frantically to save you from organ failure and internal hemorrhage, the pain is excruciating but, there is nothing they can do for you except pump your dumb ass full of morphine (which doesn’t totally work) and watch as – your time runs out.

Did I mention your organs are failing? That you are bleeding internally? That your pancreas is turning to a goo like substance? And …

WHY is this happening?

Because you weren’t smart enough to quit drinking alcohol when told you had pancreatitis.

Is that the way you want to die?

I don’t care what your sitrep is. I could care less if you were neglected as a child, your daddy mistreated you, the neighborhood bully crapped on your chest or your favorite pet dog pissed down your leg. There is really no good reason to drink, except to have fun and drunks don’t have fun they simply piss people off and get sick all over their shoes.

Right now, if you are an alcoholic diagnosed with pancreatitis and you are still alive reading this and you have actually read this far – you have a choice to make. 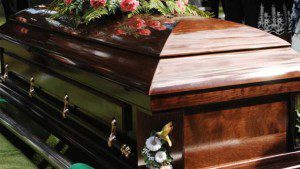 It’s as simple as that and as clear as the nose on your face.

So tell me what’s it gonna be – Death or life?

Are you a worthless coward or do you still have some backbone?

If you have backbone – you’ll quit drinking. You’ll begin doing what you need to do in order to survive, beat alcoholic pancreatitis and heal your pancreas. And yes, I KNOW it’s gonna be a tough haul for you. Quitting an alcohol addiction is no easy matter but …

Make the right choice. Choose to live. Don’t end up fertalizing grass before your appointed time. Your life really does depend upon your choice.

I wish you success. 🙂