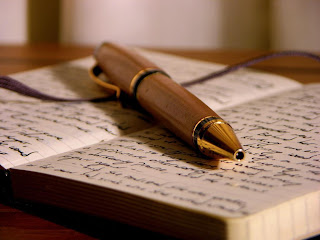 Creating your own pancreatitis food diary is an absolute must in order to discover the true food triggers for acute and/or chronic pancreatitis pain, symptoms and resulting damage.

Without taking the initiative and time to create a pancreatitis food diary and log every morsel of food and drink that passes your lips and travels into your digestive system you will never be able to distinguish between what is and what isn’t actually causing you pancreas pain and discomfort.

A pancreatitis diet is required in order for your pancreas healing to begin when you suffer from chronic pancreatitis. If you keep eating the same foods you will continue to be sick.

Is that what you want?

If not you need to get busy and do your pancreatitis food diary.

Many people believe that this or that antagonizes their pancreas and produces pancreatitis symptoms such as pain and nausea and for some, certain foods other than simply fats and alcohol may be to blame and …

There is only ONE possibility that my limited IQ can recognize as a reason WHY you may not tolerate foods I do or visa versa. That ONE reason is your amount of pancreatic damage, in what area that pancreas damage occurred and how it has affected the enzyme and insulin production of your pancreas.

In order to truly KNOW what foods DO and do NOT cause YOU problems you’ll need to begin a pancreatitis food diary otherwise you are simply guessing or relying on one blind person (doctor, nutritionist, your buddy down the street) leading another (you). Now …

There is a right way and a wrong way to begin creating your pancreatitis food diary.

Unfortunately what I am going to share with you, in regards to pancreatitis food diary preparation, may not be possible if you have become diabetic due to acute or chronic pancreatitis. So in the case of diabetics, you folks will need to improvise and we’ll cover that later in another post.

Pancreatitis Food Diary Preparation For Those Who Are NOT Diabetic 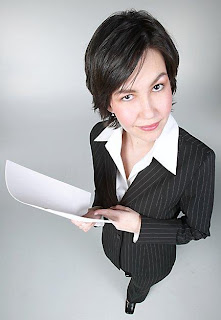 The first step: BUY a special pancreatitis food diary or notebook to log every morsel of food you put in your mouth each and every day for a very long time.

Long enough for you to know what foods work and which foods do not work for you. You should figure on at least a 365 day journal or a years worth of notations.

The second step: Prepare your system. This is an extremely vital step. Without this step it will take WEEKS to clear out KNOWN triggers such as saturated fats from beef, pork, lamb and other animal meats.

IF you do NOT prepare your system for beginning your pancreatitis food diary you may as well continue doing what you are doing because you’ll never know the absolute truth. Without a completely clean intestinal tract you will always be guessing and this preparatory cleaning can only be done properly by FASTING for 3 – 5 days, no food, just water and then …

The third step: Clean out your digestive system (small intestines and colon) via a water enema or five. Do as many as it takes to become completely empty and clean (don’t use laxatives or colonoscopy prep solutions).

I know that sound gross but here is WHY it is necessary.

You’ve been eating foods such as red meat and pork which take weeks in some cases to digest and eliminate. In order to truly know what foods cause you pain and/or nausea and discomfort you must first eliminate all offending food from your digestive system.

So lets say you become very determined and really want to know the truth about your condition and what foods cause Pancreatitis pain and more importantly lead to more pancreas damage.

You drink lots of water to stay hydrated.

You get out the old enema bag and flush your system clean.

Now, I am betting that after 5 days of fasting (no food) that your pain may have resolved and you feel much better, maybe weak from no food, but I’ll bet you have less and possibly no pain.

Introducing Food to Your Pancreas 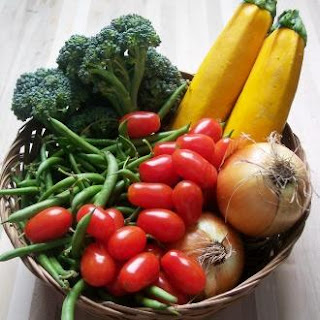 Start VEGAN. This means NO MEAT (NO beef, pork, lamb, duck, goose, chicken, turkey, fish or any mystery meat) and NO BROTH made with or even derived from MEAT.

Introduce JUICE into your diet.

Drink the same exact juice for 48 hours then …

Introduce another vegetable or fruit (ONE maybe two).

Eat it for at least 48 hours and drink the exact same vegetable juice.

Do NOT introduce more than two foods at one time. This goes for spices too. You have to be able to track how the new foods affect your pancreas and if you introduce to many at one time it will be difficult to figure out which is the offending food or spice. Even when introducing two at a time if you have problems you’ll have to eliminate one at a time to figure out which is actually the offending culprit. It is best to introduce ONE new food or ingredient at a time.

Be careful when introducing processed foods. Just a slice of bread for example contains a myriad of ingredients rolled into one bite of bread and of course this is where it becomes increasingly difficult to determine the offending ingredient. Read labels, even on something that would seem to be as harmless as bread because bread makers sometimes use lard and lard is usually PORK FAT, sometimes it is made from beef fat. Neither are a good thing. Got it?

It is better to cover foods in a manner that you test ingredients first, one at a time before launching into processed foods.

Yes, this is and will be time-consuming.

Yes, it is tedious.

But, the benefits are astounding. And …

Yes you have to use common sense in a lot of situations in order to figure out why a processed food may be offensive.

100% fat-free on the label means NOTHING.

I don’t care if the label says 200% fat-free if the food contains bacon (bacon and bean soup) it will most likely cause you problems.

If you find that a certain food is offensive it can almost always be traced to some form of fat or alcohol. Baked goods for example use vanilla extract and lard (we’ve covered lard earlier) in many recipes (breads, cookies, cakes, pies). Vanilla extract, used by most bakeries and bakers, contains alcohol. And …

Alcohol is so toxic to the pancreas that just a little in that vanilla extract could set off your next acute pancreatitis episode or at least make you nauseous and with continued usage cause AP.

It is a continuing process.

Once you have a fairly large VEGAN food profile within your pancreatitis food diary then you can begin adding ONE protein, like eggs for example, to see how they work. Egg whites are safe and a good source of protein and a little vitamin B12 but egg yolk contains some fat (5 grams per yolk) so you need to test a whole egg to see how it works for you. In fact …

TEST EVERY FOOD to Be Safe 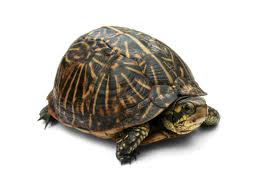 When you begin your pancreatitis food diary go slow.

Remember it takes quite some time to digest animal type proteins so when you introduce one (milk, eggs, fish, cheese) do so slowly and give each at least a couple of weeks worth of testing before thinking it is a safe choice for your pancreatitis diet.

I’m not even going to suggest testing red meat, pork, lamb or duck in your pancreatitis food diary because all are so filled with fat that if you sneak by one time you’ll be lucky, if you sneak by for 3 – 4 times, without any symptoms within one – two weeks you’d be a notable scientific discovery.

If you notice I say to give things anywhere from 48 hours (veggies, fruits, whole grains like rice) to two weeks (proteins such as meat) for symptoms to show up. There is a reason for that and it is because despite what people (you, your doctor, whoever) think most foods and drinks are not immediate triggers.

Some seem like immediate triggers when they are NOT triggers at all while others seem like they are harmless when in fact they are insidious culprits. Then there are those that will immediately trigger a negative response (AP) a few hours after ingestion yet not do so the next time. This is why so many people think the offender is something (collard greens) when it isn’t.

… And it is this enigma or complexity that makes it so important that you get serious about your food intake and do a pancreatitis food diary.

Once you get serious, do the preparation and pancreatitis food diary correctly the guessing will cease because you’ll KNOW, without a shadow of doubt, whether foods such as grapes (usually safe and full of inflammation fighting polyphenols), additives like nitrites (usually safe and a common component of fresh vegetables), green bananas (usually safe when peel has NO spots), garlic, cayenne pepper, or some other spice (usually safe especially those mentioned because of their highly anti-inflammatory properties) are in fact the offender OR if it was really that piece of red meat slathered in gravy you ate two days ago that was the real culprit and cause of your pain.

Instead of blaming that bowl of sliced apples, oranges and grapes you had an hour ago you’ll know that the real bad guy was the steak from last night or that pot roast when dining at Grandma’s last Sunday just catching up and grabbing you by the midsection. And of course if you still drink alcohol you should simply put a pillow between your legs and kiss your ass goodbye because you are playing with a damn bomb that is gonna explode. So …

Get yourself a diary or start one on your computer. If you use your puter just make sure you have an external hard drive to keep your diary on so if your system crashes you don’t lose it and have to start all over. That’s one reason why I suggest buying a nice big note book and a pen. It’s a heck of a lot cheaper than an external drive. Then do the fast, then prep and then start introducing foods while taking notes.