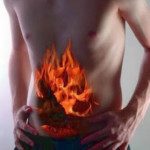 IF you have chronic pancreatitis you should be aware of your increased risk so that you can take steps to decrease that risk and hopefully avoid contracting pancreatic cancer.

What Can YOU Do To Lessen Your Pancreatic Cancer Risk? 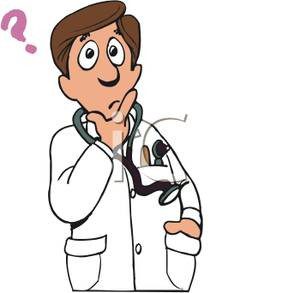 What is that initiator?

When someone is diagnosed with chronic pancreatitis what does that mean?

It means that person suffers from chronic pancreas inflammation doesn’t it? Of course it does because pancreatitis is an inflammation of the pancreas and …

That is why long-term chronic pancreatitis is an increased risk factor for pancreatic cancer [4].

How, exactly, do you do that? 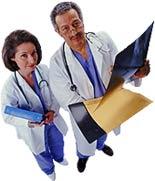 You need to stop or at least control the pancreas inflammation. That is easier said than done for most people because …

In order to stop the pancreas inflammation you are going to need to do things that you either don’t want to do or find extremely difficult such as adhering to a completely pancreas friendly, low fat diet (a true pancreatitis diet), stop drinking and/or ingesting alcohol in any form yet … 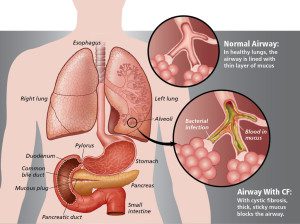 Unfortunately there are those people who suffer from chronic pancreatitis due to underlying health conditions that are beyond their control. Diseases and conditions such a cystic fibrosis, hyperlipidemia, autoimmune disease, and genetic conditions (hereditary pancreatitis) create challenges others don’t have to contend with because …

Underlying health conditions can make it far more difficult to eliminate the inflammation.

In the case of CF (cystic fibrosis) it’s impossible due to the necessary CF diet. From what I’ve read about CF the diet necessary to prolong life is HIGH FAT, HIGH Calorie, High protein which is one of the reasons CF patients blow out their pancreas quickly. The other is the thick, sticky mucus that forms inside the pancreas.

In cases of chronic pancreatitis challenged by an underlying disease or condition the most you may be able to do is to control the inflammation as much as possible. I don’t have all the answers. In fact …

I don’t know if I have ANY answers but I do know that God has a plan for each of us.

“For I know the plans I have for you,” declares the Lord, “plans to prosper you and not to harm you, plans to give you hope and a future.”  – Jeremiah 29:11

As long as we breathe there’s a chance, hope and a light at the end of the tunnel. Then, when our time is over, those of us who trust the King of Kings and Lord of Lords can take comfort in knowing that we will dwell in the house of the Lord forever where there is no more pain, suffering or tribulation.

“In My Father’s house are many dwelling places; if it were not so, I would have told you; for I go to prepare a place for you. If I go and prepare a place for you, I will come again and receive you to Myself, that where I am, there you may be also. And you know the way where I am going.” Thomas said to Him, “Lord, we do not know where You are going, how do we know the way? Jesus said to him, I am the way, and the truth, and the life; no one comes to the Father but through Me.” – John 14:2-6 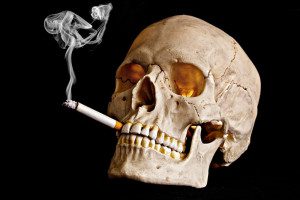 There are other factors that also contribute to increase ones pancreatic cancer risk some of which are not under your control, yet, others are and should be eliminated. Some of these risk factors I hadn’t even thought about! For example:

1) If you have been diagnosed with hereditary pancreatitis resulting in chronic pancreatitis your pancreatic cancer risk increases substantially [5]. If you have a mutation in the cationic trypsinogen gene mapped to chomosome 7q35 it is MY OPINION that eliminating any and all inflammatory food and drink in order to control pancreas inflammation should be a #1 priority.

2) Smoking is one of the major risk factors associated with pancreatic cancer. As far as I know there is absolutely no evidence that smoking causes pancreatitis, either acute or chronic but let’s face it tobacco smoke contains approximately 7,000 chemicals. Hundreds of those chemicals are toxic and about 70 are known to cause cancer [6]. With 20%-25% of pancreatic tumors directly associated with smoking tobacco it is probably prudent to quit smoking if you have the habit [7].

3) There is a definite connection between Periodontal Disease and pancreatic cancer risk [8]. There are several bacteria, Porphyromonas gingivalis, Actinobacillus actinomycetemcomitans, Tannerella forsythensis, andTreponema denticola, which have been identified as the bacteria most likely to play a role in the development of periodontal disease [9]. Human cytomegalovirus and the carcinogenic Epstein-Barr virus have also been found in periodontal lesions. Recent research suggests that these little devils (bacteria) instigate an ongoing inflammatory response that ultimately leads to systemic inflammation. 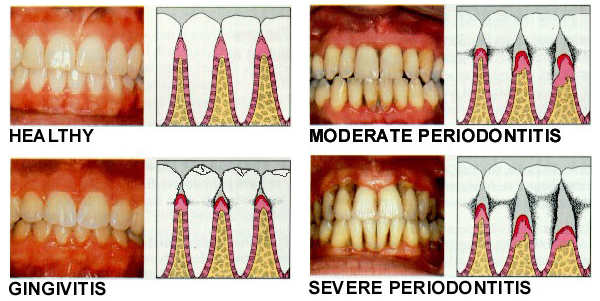 Helicobacter pylori (H. pylori) is another type of bacteria (lives in the stomach and has nothing to do with gum disease) that may be associated with pancreatic cancer risk. Some earlier research says no [10] while newer reasearch says maybe [11], [12], [13]. There is more evidence but it’s all conflicting regarding pancreatic cancer. In fact H. pylori infection can reduce the risk of certain cancers while increasing the risk of others [14]. Try to understand that one! 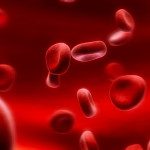 4) Blood is also an issue. If your blood type is A, B or AB you are more likely to contract pancreatic cancer [15]. If you have the universal type O blood coursing through your veins not so much.

If you are blood type A, B or AB there isn’t a thing you can do to change your blood type or the potential pancreatic cancer risk. 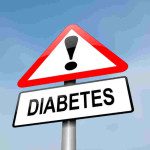 5) If you currently have type 2 diabetes you may want to get it under control because it increases your pancreatic cancer risk and actually stimulates PC cell proliferation [16].

If you think that eating your weight in pastries, sugar and drinking soda is the way to health you are clearly mistaken. 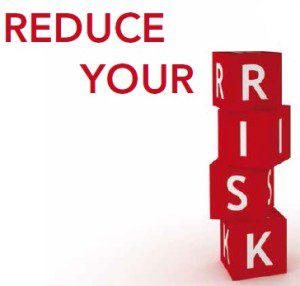 I have found, through research, that the main culprit is the inflammation associated with chronic pancreatitis, I shared that also because you need to be aware. My intention is NOT to create fear; only awareness because …

Cancer of the pancreas is insidious and hard to diagnose quickly. I had a past family member die from pancreatic cancer. By the time she was accurately diagnosed (it took awhile) it was to late and she only lived about 9 months.

We who have chronic pancreatitis may face a similar problem because many of the early symptoms of pancreatic cancer [17] are those you may already have with chronic pancreatitis. In fact acute pancreatitis is a symptom of the cancer that sometimes manifests first before the diagnosis of cancer is obtained [18]. But that is NOT the only bad news concerning cancer of the pancreas. The worst is yet to come.

Pancreatic cancer is aggressive, persistent and does NOT respond to current medical protocols such as chemotherapy or radiation [19]. The ONLY chance of survival seems to be with complete elimination of the cancer via surgery and surgery isn’t a guarantee. If the cancer has metastasized (spread to lymph nodes or other organs) life expectancy is usually quite short with inoperable pancreatic cancer life expectancy measured in months.

Since inflammation of the pancreas is one of the risk factors of pancreatic cancer it seems obvious that whatever one can do to eliminate the inflammation should be done not only to lessen the risk of cancer but to also lessen the pain associated with chronic pancreatitis. So …

Learn HOW to eliminate the inflammation!

Fight Inflammation And Cancer Cells With Food And Supplements 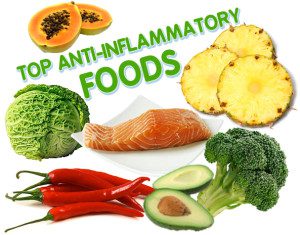 Enough research has been done to suggest that even the small amounts received via daily food intake may be enough to prevent even kill the toughest, most aggressive cancers [20].

Cruciferous vegetables such as broccoli, bok choy, collard greens, kale, red and green cabbage, chard, turnip greens, arugula, mustard greens, savoy cabbage, Chinese cabbage, rapini and watercress should be at the top of your list because … 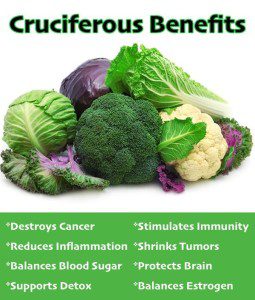 Cruciferous vegetables contain an extremely potent natural cancer killer/inhibitor called phenethyl isothiocyanate which has been shown to even inhibit the cell proliferation of pancreatic cancer [21]. What is even more exciting is that phenethyl isothiocyanate seems to kill/inhibit cancer stem cells [22]. Cancer stem cells are the little devils that repair damaged cancer cells and signal reproduction of more cancer cells. Killing or inhibiting the cancer stem cells could be a major help in preventing, even killing cancer.

It seems that the largest amount of sulforaphane (phenethyl isothiocyanate) is found in broccoli sprouts. It would seem to me that a combination of sulforaphane supplements

“It required less than half the concentration of GSE to suppress cell growth and kill 50 percent of stage IV cells than it did to achieve similar results in the stage II cells,” Derry says. Read

Pancreatic cancer doesn’t seem to like dying so I’m interested in preventing it. That’s why I go with the best strategy.  A good defense and an offense comprised of cancer killing foods and supplements that have research stating they may be beneficial. I’ll also be honing in on the elimination of other risk factors such as smoking (stop if you do), refined sugar consumption (sugar feeds cancer cells) and the elimination of any systemic inflammation.