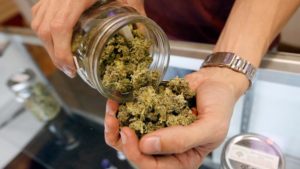 There is an inherent risk of Cannabinoid Hyperemesis Syndrome or CHS [1,2,3] due to a poison called Azadirachtin [4,5]. Azadirachtin is found in the seeds of the Neem tree, Azadirachta indica (Neem Oil) and is used as an organic pesticide. 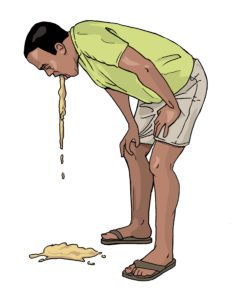 The symptoms of CHS can be awfully nasty. You probably won’t die (yet there have been cases in India that ended in death) but you might think you are on your way out. Seek emergency treatment!

Symptoms that could prove deadly

You can read this exact quote here, again this article, section 12.1.1:

Gastrointestinal decontamination: Due to the severe gastrointestinal irritation, gastric emptying and catharsis are not indicated. Consideration should be given to administration of activated charcoal …

If this insecticide is safe for humans why is there an antidote and emergency treatment section of a government document?

Most of the info from agriculture circles will tell you that Azadirachtin is safe [5].

But is it really?

Here is an excerpt of one article section 12.1.2 called “human toxicity excerpts” published by the National Institute of Health, NIH:

And here’s the scary part about CHS: The vomiting is often intractable. Even powerful antiemetics such as prochlorperazine and  promethazine do not work against it! This is scary to me because I actually FEAR vomiting (Emetophobia) [6]. Yup I’m a nausea coward! I need to work on that fear.

Before you go ballistic (because of your love affair with weed), telling me I’m crazy or spouting off some other stupid, knee-jerk reaction, such as some of my 4,900+ friends on Facebook have done, that is going to not only piss me off  again but get you banned (yes I booted and blocked many) … 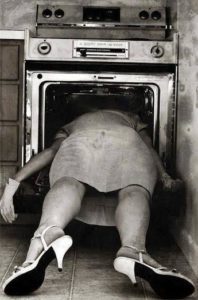 Do your research and read the references at the bottom. I don’t care if you use weed or cannabis oil or even stick your head in  the oven …

This post is merely to make you aware that since weed has become legal in about 10 states in the USA, there is a problem due to legal organic farming methods that use Azadirachtin A as a first line of defense against bugs and such.

The smart thing to do may be grow your own weed and make your own cannabis oil, etc.

3) Marijuana use may cause severe cyclic nausea, vomiting, a little-known, but costly effect – read here

6) How to Get Over It: Fear of Vomiting – read here

16 thoughts on “Cannabis – Do You Use Cannabis? Cannabis Oil, Weed, Marijuana, Herb, Pot”